"This was your grandfather's. He was one of the Navy's first frogmen during World War II. [...] But after the war, his country forgot about him. So, he went back to the sea, scavenging and surviving with his wit... and this knife."
―Jesse Kane to David Kane about the knife of his father.[src]

This war involved a vast majority of the world's nations—including all of the great powers—eventually forming two opposing military alliances: the Allies and the Axis. Various advanced weapons were made during the war, and the Axis conquered many countries in Europe, Africa, and Asia. However, the war ultimately ended in favor of the Allied Powers.

"Germany is an immensely proud nation. They will never surrender."
―Sir Patrick Morgan[src]

In 1918, Ares predicted that Humans would continued to create various kinds of warfare. He particularly stated this about Germany as he previously mentioned that it was a proud nation.[5] This proved to be true when Adolf Hitler rose to power and provoked World War II.

The conflict began on September 1, 1939, provoked by Hitler's attempts to conquer Europe.[6] Additionally, Wonder Woman fought in the conflict[7] and a fighter plane remained buried in Greenland during the war.[3]

Raid of the Louvre Museum

During their campaign to conquer Europe, the Nazis invaded Paris and ransacked the Louvre Museum on June 12, 1940.[8][6]

The United States of America entered the war after the Attack on Pearl Harbor, an event which, like many during that time, was recorded by the Daily Planet.[9]

Many American soldiers sailed from Tricorner Yards in Gotham City to Europe to fight in the conflict.[10] According to Amanda Waller, the United States Navy collaborated with the Mafia during the war to protect warships.[11]

The grandfather of David Kane fought in World War II as one of the Navy's first "frogmen" (code-named "Manta" for his stealthiness). It is not known how well he performed, or what exactly he did during the war, but based on Jesse's testimony, his deeds apparently earned him the respect and admiration of his peers.[12][13]

On September 2, 1945, World War II ended following after Hitler committed suicide, marking the defeat of the Nazis and other Axis powers, including Japan.[6][9] 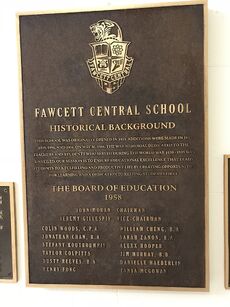 After the war ended, the United States of America decided to forget about what "Manta" had done during the war; and thus, he returned to the sea and survived by scavenging and using his wits.[12]

Shortly after the end of the war, several Nazi scientists sought refuge in Corto Maltese and were accepted. They later built Jotunheim and experimented there under the protection of the Herrera family. However, the Herreras betrayed them and had all the scientists murdered.[14]

On May 30, 1948, the Fawcett Central School set up a war memorial to honor the teachers and students of the school who served in the war during 1939-1945.[15] A wall in the Old Bailey Courthouse also commemorated the events of the war, as the dates of the conflict were placed.[4]