Wonder Woman's golden eagle armor was a special armor used by Diana of Themyscira in 1984 during the Cold War.[1] 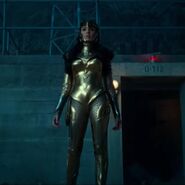 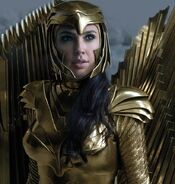 Retrieved from "https://dcextendeduniverse.fandom.com/wiki/Wonder_Woman%27s_golden_eagle_armor?oldid=141329"
Community content is available under CC-BY-SA unless otherwise noted.