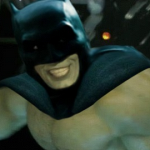 Characters Very Close to My Heart (in no particular order)

Reviews cause everyone has done them. YAY PEER PRESSURE!

I love this movie, yet I can see the problems within it. I like the story possibilities it opens up and love the cast and am happy with them playing these characters for the shared universe. The action scenes are well done, the music is amazing, the actors are able to carry the movie and emotions, the costume is amazing, but the camera will shake whenever possible, there is an obvious gray-filter, and the dialogue can get a bit long and drawn out at times. Cavill is awesome as Kal, but Superman is a different story. This is Superman, but at the same time, it isn't. I can look at him and say "that's Superman" and not feel weird, if I were to choose who represents Superman at his core, it's not this Superman. We got a lot of Superman, "The Super", but I didn't feel like we got enough of "the Hero." in the Donner pic, it was merely the scene of him saving a cat from a tree, that was enough. While we did get scenes of him saving people (the argument he let people or caused most of the destruction is bullshit) I didn't get that one scene that popped with me. Regardless, I love this movie, and I'm excited to see what the future brings.

I've never been more scared for a movie to be good than this one. However, I feel the film did a reletively good job, despite some problems I have with it. The Knightmare sequence, despite being some nice fanservice, should've been cut from the film, in favor of more character building scenes, rather than universe. Gal Gadot, didn't neccessarily blow me away as she did others, I thought she just did alright. I'm also not the biggest fan of how Lex is portrayed in the film, I felt at some point he should've just dropped his goofy acting just to show that he's not playing around. However, that's where my complaints end. Ben Affleck's performance is phenominal and I can't wait to see him in future films. The rest of the movie was pretty well put together. Though the film can be greatly improved by just a few lines of dialogue here in there. It makes me more excited for the director's cut, which I will also review as well. The film did what it was supposed to do: entertain me and get me excited for the future of the DCEU. I can't wait.

What everyone else has said, this is what should've been released in theaters, it feels much more complete, however, it doesn't fix a majority of the problems I had with the film, but this is still a vastly superior film compared to the theatrical cut. I had given the theatrical cut a 7.5, this is easily an 8.3, making it my #1 comic book film of 2016. If you have a choice between the two, THIS ONE! FOR THE LOVE OF POTATO SKINS, WATCH THIS ONE!

Big, loud, and stupid. Everything I expected it to be and as a result, I loved this movie. It is very much a popcorn movie for me as the Thor movies are my Marvel Popcorn movies. It's a movie you don't need to think hard about to enjoy and it's a movie that just wants to be insane and enjoyable and that it is. Margot Robbie and Viola Davis are another strong example of the DCEU's superb casting. If Wonder Woman needs an extended cut, I will go apeshit. Yeah, there's really no point putting the thoughts on the extended cut separately because it's basically the same film with the same problems. The added scenes of Harley shooting an innocent derails her character, which really, REALLY bothers me.

Well, that was a pretty good movie. Any movie that can make my mom applaud it or get an emotional response out of my little sister deserves some props. Gal Gadot shines once again and I'm beginning to see that this will be the role that shall define her career for years to come. However, like the other DC films, I think it retreads some problems. Like the previous films, it starts out slow and by the end everything is blowing up. I'm glad though to see that this didn't completely turn into a Marvel film. The thematic storytelling that had defined their previous films is still there, it's just more accessible to general audiences than the last few movies. The action itself is well done, but the slow motion effect is overused.

Retrieved from "https://dcextendeduniverse.fandom.com/wiki/User:Hank412?oldid=45566"
Community content is available under CC-BY-SA unless otherwise noted.