The Suicide Squad[1] is an upcoming 2021 superhero comedy film based on the DC Comics team of the same name. The film is the sequel to Suicide Squad. It will be the eleventh installment in the DC Extended Universe, and is scheduled for release on August 6, 2021.[1]

In September 2017, a sequel to Suicide Squad was reported to be in development, with Gavin O'Connor writing the script, based on a previous draft by Zak Penn.[23]

In October 2018, Warner Bros confirmed that James Gunn will produce the latest draft of the script for the film.[2]

On January 30, 2019, Warner Bros. announced that the film will be named The Suicide Squad, and set a release date of August 6, 2021, with James Gunn also directing.[1]

On September 20, 2019, James Gunn revealed on Instagram that filming has officially already begun. [24][25]

Logo
Add a photo to this gallery 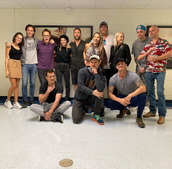 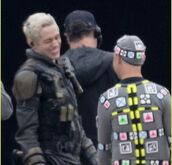 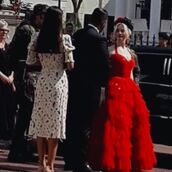 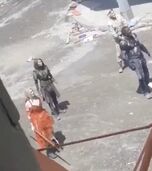 Retrieved from "https://dcextendeduniverse.fandom.com/wiki/The_Suicide_Squad?oldid=109100"
Community content is available under CC-BY-SA unless otherwise noted.