The Seven Deadly Enemies of Man, more commonly known as the Seven Deadly Sins, are seven powerful demons that are the universal personifications of moral sins. Each of these demons represents a different moral sin, and is named accordingly: Lust, Sloth, Pride, Wrath, Gluttony, Greed and Envy.

The origin of the Seven Deadly Sins is unknown. They presumably hailed from an unknown dimension to Earth, and spent an unknown amount of time corrupting and killing humans. At an unknown point before 1600 B.C., they were imprisoned by an unknown force inside a vault within the territory of Kahndaq.

In ancient times, Black Adam unleashed the Seven Deadly Sins for revenge against his enemies, after those killed his family, which resulted in the death of millions. The wizard Shazam and his six brothers fought them, but all except Shazam himself were killed before he finally managed to imprison them inside the Eye of Sin. He then placed the Eye inside the Rock of Eternity, and encased the Sins in seven stone statues to nullify their powers.

In modern times, the wizard Shazam grew old and feeble; he thus began looking for a replacement, a champion imbued with his magic to keep the Sins contained. However, one after another, the Sins tempted Shazam's champion candidates with promises for power, causing them all to fail. As an adult, one of them, Thaddeus Sivana, broke into the Rock of Eternity and stole the Eye of Sin, freeing the Sins which became housed in the Eye and formed a symbiotic relationship with him, appearing and disappearing through the Eye.

At the end of the Billy Batson's battle against Sivana, however, the champion mocked the last Sin, Envy, tricking him into manifesting from the Eye, redering Sivana powerless. He then plucked out the Eye, trapping the Sins within it once again. Shazam then returned the Eye to the Rock of Eternity and placed it in its old position, reimprisoning the Sins in their statue forms.[1] 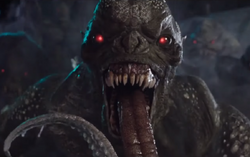 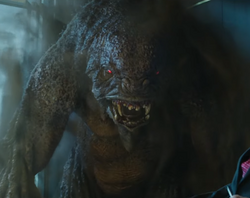 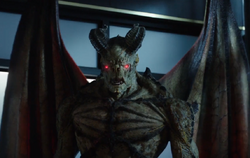 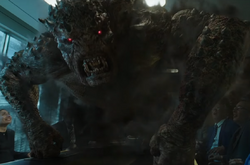 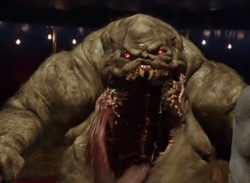 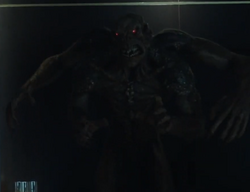 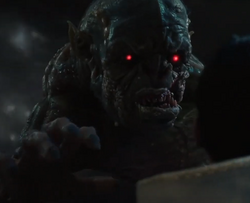 Envy
Add a photo to this gallery

Retrieved from "https://dcextendeduniverse.fandom.com/wiki/Seven_Deadly_Enemies_of_Man?oldid=134974"
Community content is available under CC-BY-SA unless otherwise noted.