"Hey! Thad, you can't go crying to other people all the time. A man needs to know when to stand up for himself."
―Mr. Sivana to Thaddeus Sivana[src]

In 1974, While Mr. Sivana was driving to his father’s house in Upstate New York, young Thaddeus was transported to the Rock of Eternity to be chosen as the champion of the wizard Shazam, only to be rejected due to not being pure of heart and sent back. Thad, confused, yelled and caused a collision where Mr. Sivana became crippled, and Sid blames Thad for the incident.

Mr. Sivana managed to recover after the incident, starting a business in his own name. He wore a wheelchair as a result of his crippled legs and would act as the CEO and board meeting host. Both of his sons also had an involvement in the company, with Thaddeus attempting to return to the Wizard through the symbols in the encounters of people across the U.S.[1]

After wielding the power of the Seven Deadly Enemies of Man, Thaddeus targets his father, who had been hosting a board meeting at his arrival. Thaddeus enters unannounced and uninvited, approaching his father and brother to get revenge on how he had been treated in his early life. Thad proceeds to throw Sid out the window. Thaddeus then summons the sins, who ruthlessly murder every member of the meeting. He then confronts his father, now cowering in fear and begging for his life through offerings of money and control of his company, which Thad rejects the bribery before leaving the meeting room, but not before sending the sin of Greed to kill him for displaying it.[1]

Mr. Sivana was a mean, greedy, strict, abusive father to his sons or perhaps his younger son, Thaddeus. He would act in a very aggressive demeanor to his sons, not even letting them bring toys to their grandparents' house on Christmas. As his son noted, he was very greedy, hypocritical, and often egotistical, giving anything simply to have his life spared, when he had ironically told his son it was wrong to ask for help. 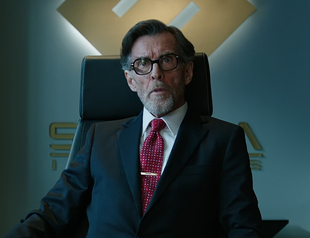 Retrieved from "https://dcextendeduniverse.fandom.com/wiki/Mr._Sivana?oldid=132451"
Community content is available under CC-BY-SA unless otherwise noted.