"Look at the Gotham City Police Department, whose officers lean on the Batman to get their jobs done. Every time they send up a signal in the sky calling for the Batman it's a dereliction of duty, an admittance that a law-breaker is more effective than those who carry a badge. No matter how popular Superman seems to be, we can't make that same mistake in Metropolis."
―Arsenio Golshan[src]

For years, the GCPD has protected and served the people of Gotham City, New Jersey.[2]

One night, officers Mazzuccheli and Mike Rucka were responding to a call that led them to a condemned building. The officers responded to the dispatch operator as they discovered a batarang embedded in a wall. Entering the building, Mazzuccheli and his partner went to the basement, where they discovered many Asian women hiding in a caged area, victims of human trafficking. When the officers attempted to rescue the women, they were surprised to find the women wanted to stay in, out of fear. One of the women pointed above them, stating that "it" was still in the building. Ruckas, confused, looked up as he and Mazzuccheli heard the cries of Cesar Santos.

Ruckas went upstairs, where he discovered a bloodied and bruised Santos bound to a radiator. As he ventured further into the room, Ruckas became aware that a figure was perched in a corner beside him. Turning, Ruckas encountered the Batman for the first time and shot wildly at him, nearly killing his fellow officer, but the Dark Knight moved swiftly, avoiding the gunfire as he escaping through a hole in the ceiling.

When Santos is eventually murdered in prison due to the brand (revealed to be thanks to Anatoli Knyazev acting on behalf of Lex Luthor's orchestrations), a prominent reporter from the Daily Planet, Clark Kent, stops by the GCPD to get answers, only to be essentially stonewalled by a police officer, who claims to not be allowed to give him pertinent information. As Clark noticed cartoon artwork of a coward criminal before a GCPD officer using the Bat-Signal as a weapon against him, only one GCPD officer is willing to indicate Santos girlfriend Adriana and child to the reporter without saying a word. When Clark speaks with her, Adriana tells him that Santos was a vile criminal, but also a father and that the "Bat brand of justice" is essentially a death sentence in prison everywhere. She also tells Clark how unfair it is that local police endorse one man who decides who lives and who dies unchecked by the law and that Clark's pen won't defeat a man like that, only violence will.[3]

At the time of Harley Quinn's breakup with Joker, Renee Montoya was serving as a detective at the Gotham City Police Department, with Patrick Erickson as her captain. The two had long had an antagonistic relationship, as she felt he had stolen the promotion that she deserved. She was at the time investigating the criminal empire of Roman Sionis, the Black Mask but was warned off due to his great power over Gotham City. Meanwhile, when Cassandra Cain stole a diamond from Black Mask's lieutenant, Victor Zsasz, and swallowed it, she was sent to a cell within the Gotham City Police Department. Harley Quinn was tasked with retrieving the diamond in exchange for her life. She staged a daring breaking to the police department and busted Cain from her cell. Montoya pursued both Quinn and Cain, eventually becoming involved in a dramatic showdown with the Black Mask. After affairs were resolved and the Black Mask killed, she quit her job at the Gotham City Police Department in the order form the Birds of Prey with Black Canary and the Huntress. Meanwhile, Patrick Erickson took the credit within the police department for her work.[1] 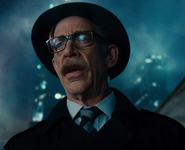 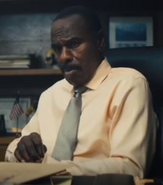 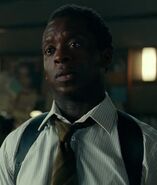 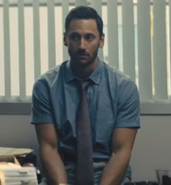 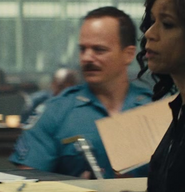 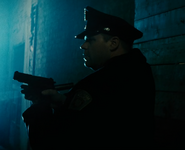 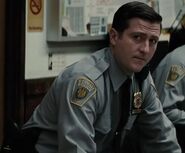 Desk attendant
Add a photo to this gallery

Retrieved from "https://dcextendeduniverse.fandom.com/wiki/Gotham_City_Police_Department?oldid=162840"
Community content is available under CC-BY-SA unless otherwise noted.