"Welcome students of Metropolis Middle School, to what is a very special day for all of us!"
―Wayne Enterprises Tour Guide[src]

At Wayne Enterprises' R&D Facility in Metropolis, a group of Metropolis Middle School students are given a guided tour around the building, witnessing experiments with bulletproof military armor, learning about medical innovations, and examining Kryptonian energy rifles recovered from the Battle of Metropolis. Bored and frustrated by the tour and wanting to see more than she's supposed to, Zoe decides to sneak off from the group and wanders into the restricted areas of the building, wanting to learn more about Wayne Enterprises' secrets. After seeing a keypad melted by a Kryptonian energy rifle, Zoe spots a group of criminals holding the rifles and wearing Kryptonian battle armor who have broken in and are attempting to steal all of WayneTech's Kryptonian technology.

Zoe tries to call 911 with her cell phone, but a Kryptonian signal jammer blocks her signal. Just as she tries to go get a guard instead, Zoe is suddenly grabbed by Bruce Wayne, who had been following her and tells her to return to the group and tell them to stay on the upper floors and take shelter. Bruce promises he will get the proper authority to deal with the criminals, but the criminals hold Bruce and Zoe at gunpoint, taking them hostage. Zoe knocks the signal jammer out of one the criminal's hands, breaking it. As they're about to escape in their van, Bruce chastises them for abusing their undeserved power and causing harm to others.
"Hello there. I think you have something that belongs to me."
―Superman to the group of criminals[src]
Suddenly, Superman shows up and demands that the criminals give up their Kryptonian technology. Due to their Kryptonian nature, their weapons manage to injure Superman. Not able to see through the building to see Bruce and Zoe due to the fact it's lined with lead, Superman is unaware of their presence. Bruce manages to incapacitate one of his captors, and fearing the danger of Superman and not wanting to get involved, he uses the loud sound of a fire alarm to distract the criminals, allowing Superman to take down the criminals non-lethally.
"In this case, I think it might be easier for you to tell your teachers you were getting a personal tour from the company CEO, don't you?"
"Yeah. Thanks. I guess there'll be another chance to meet Superman."
"Yes... ...there will."
―Bruce Wayne and Zoe[src]
Superman apprehends them and delivers them to the Metropolis Police Department, but not before confiscating their Kryptonian armor and weapons. Meanwhile, Bruce expresses his admiration for Zoe's curiosity and determination and offers to cover for her by claiming that he was giving her a private tour of Wayne Enterprises. 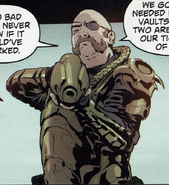 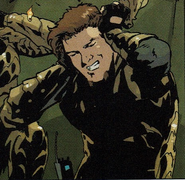 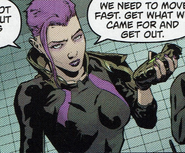 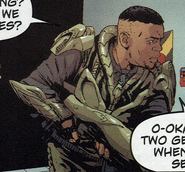 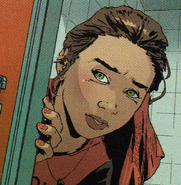 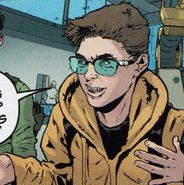 Add a photo to this gallery
Retrieved from "https://dcextendeduniverse.fandom.com/wiki/Field_Trip?oldid=107658"
Community content is available under CC-BY-SA unless otherwise noted.