Aquaman: Arthur's Guide to Atlantis is a juvenile book written by Alexandra West and presented as an in-universe diary written by Arthur Curry. It was released on November 6, 2018 as a tie-in to Aquaman.

Don't miss this jam-packed guide featuring everything you need to know about the “mythical” city of Atlantis!

With entries from thirteen-year-old Aquaman, aka Arthur Curry, this guide provides you with everything you need to know about the hidden kingdom. From the city's amphibious population to a look into the weapons and armor vault, this imaginative guide is sure to be a hit with fans of the highly anticipated film. 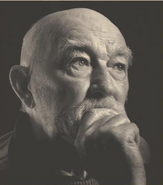 The book notably has several contradictory elements to the story depicted in the companion novel Aquaman: Undertow, the Aquaman film, and even details established within the book itself. Some of these examples are seen as follows: